Yesterday Freddy turned 5 months old. He’s such a sweet little guy despite the whole sleep thing. His nickname is Friendly Freddy for a reason. Even when he’s angry, he’s smiling.

He’s rolling around from front to back and back to front like crazy. He’s just constantly squirming around like he can’t stop moving.  If we put him down on his stomach, he likes to inch forward like a worm where he will use his head and legs to move.

Today he started sitting a bit on his own as well. He can only last 20-30 seconds but it’s a start. I love how much he loves life. Such a positive outlook.

So like I did with Henry, here’s a young Freddy: 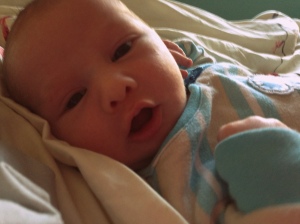 Even at a few days old, Freddy was making an effort to smiles and say hello 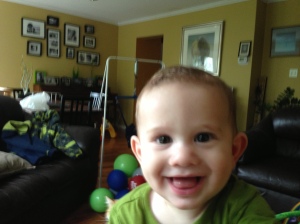 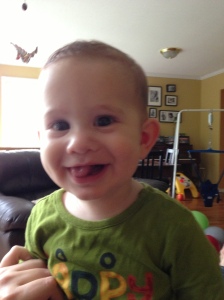 I looooove everything, especially sticking my tongue out. 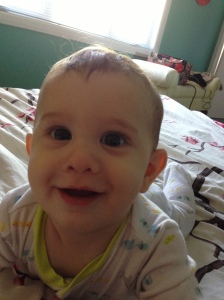