In just one week of daycare, Henry has learned to take a few steps on his own. They’re really tentative steps and it’s more like a pivot/shuffle thing but the look of pride on his face is one that melts your heart. He’s also now a big fan of being walked around the house with one hand. It used to be that I would hold both his hands up to make him walk and he’d lift his legs up like he was sitting. I took it as a form of protest like “I don’t want to freakin’ walk!” but yesterday I tried it again and he just started walking so quickly. I then dropped it to a one handed thing and he kept going. We made a few rounds around the ground floor of our house and my back was killing me afterwards but it was worth it.

We’ve been a little cooped up in the house what with being sick and all and with Henry a bit on the mend, we felt like it wasn’t fair to him to stay at home inside all day, so this morning, Chris and I put aside our colds for a bit and took Henry to the museum of Nature.  Henry enjoyed himself but not as much as Chris did. I kind of felt that charging $10 per adult was a bit stiff for what they were offering as exhibits but Chris says the dinosaurs alone are worth the $10. 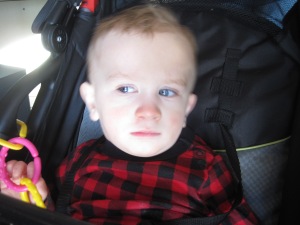 Henry being all suspicious of the day's activity 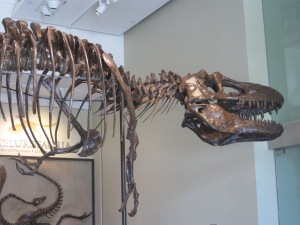 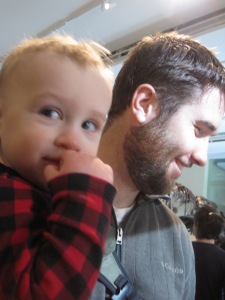 Having fun with dad 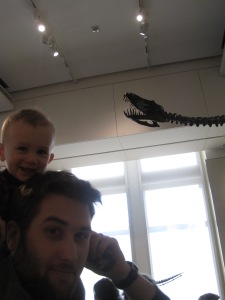 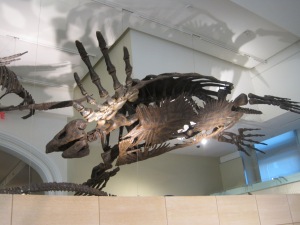 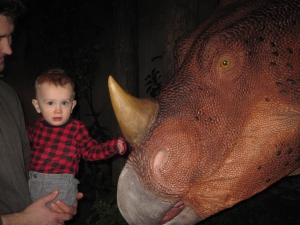 I don't think I'm supposed to touch this. 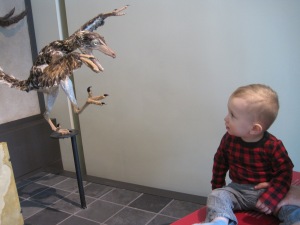 Attack of the feathered dinosaur 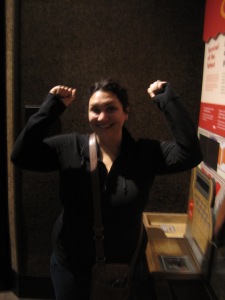 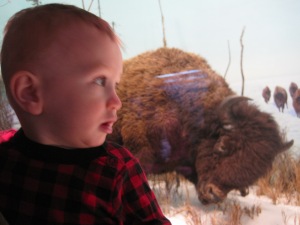 Mesmerized by the bison 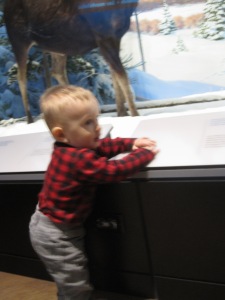 Trying to walk along the Moose exhibit 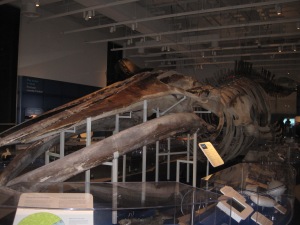 A Blue Whale skeleton. Thought it was cool-ish. 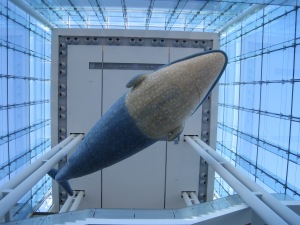 model of a blue whale 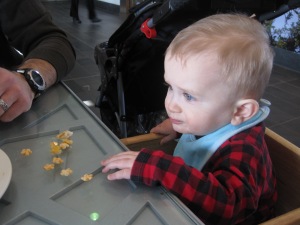 We got home and Henry was kind of cranky all afternoon, evening which made me feel bad about going to the museum. He slept a little but kind of kept moaning while sleeping.  Chris and I still feel a little cruddy too so I made some comfort food for dinner and dessert. 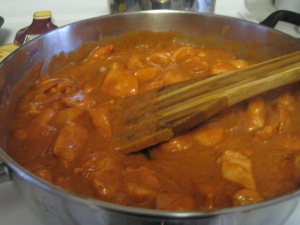 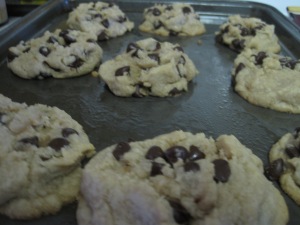 Henry went down for good at 6pm which means he’ll probably be up super early tomorrow. I’m hoping he feels better though.

One Response to “Everyday I’m Shufflin’”