Filed under: Uncategorized — frombeantosprout @ 9:27 am

Yesterday I had another fit mom class. They’re getting tougher which is funny since you’d think after a few weeks it would get easier but now Susan (the fitness instructor) knows that I’m adapting to certain exercises so she’s always changing it up and pushing me harder. Yesterday we had to power walk up a hill and then walk back down a few times and she stayed on me and was saying “I know you can walk faster than that, come on, longer strides, that’s it”. It was tough but the sense of satisfaction after completing it is great.  She’s such a great motivator.

Towards the end of the class we were doing ab work with our babies and Susan used Henry as an example. Some of them where doable but one of them I was thinking “are you nuts? I can’t do that”. I took some pics to show what the move is supposed to look like. It’s basically a full sit up where you kind of shoot your baby towards the sky. I can barely do a full sit up on my own, let alone trying to push up a baby. I guess it’s something else I’ll have to work on. 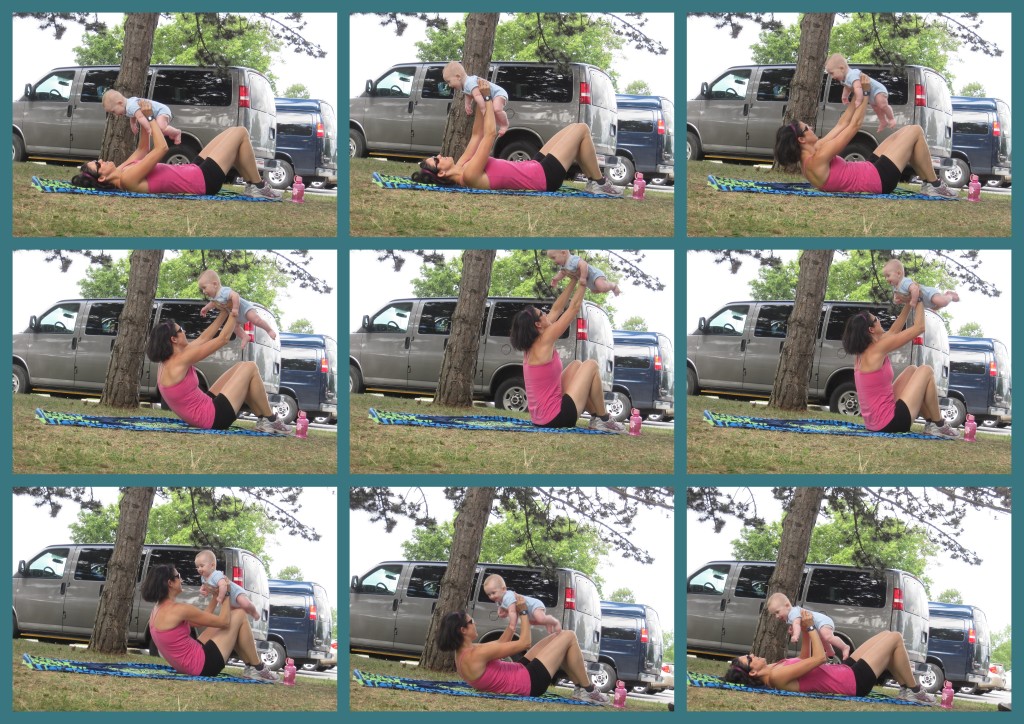 This is freaking hard even though Susan makes it look effortless. I want to be this woman!

Henry thought it was the greatest thing ever. She also used him as an example for our planks:

One Response to “Workout”